The teen years are an extremely impressionable time, when teens are newly discovering themselves and developing a worldview. In these few years prior to college we have the opportunity to influence their views and feelings towards Judaism. With a healthy Jewish identity, teens are more likely to engage Jewishly in college, which in turn will influence their Jewish engagement for the rest of their lives.

Our goal is to provide positive Jewish experiences for teens. The Jewish Teen Club reaches out to teens on their turf, at their schools, during lunchtime. At every high school, teens are encouraged to form various types of clubs, and Jewish students often form Jewish clubs. But without a facilitator, they often fizzle out.

We assign a Jewish educator to help the teens facilitate their clubs. We have thus been able to grow the clubs, attract bigger and steadier crowds, and created an excitement for Judaism among the teens.

Once involved through the high school clubs, teens are likely to join other teen events that we organize, such as Shabbat dinners, holiday events, and more. Having become more comfortable with their Judaism, or, for some, discovering it for the first time, these teens are also more likely to get involved with other Jewish organizations in the community, as well as to stay engaged Jewishly in college.

The teen years are often a tumultuous time in a young person’s life. Sadly, after Bar or Bat Mitzvah, many teens maintain a minimal involvement in Jewish activity—social or otherwise. Even those who might be inclined to engage Jewishly are overwhelmed with busy schedules.

How do we connect with teens and deepen their Jewish involvement and knowledge?  How do we ensure that they enter college and adulthood with a strong and positive Jewish identity?

What makes our program so unique is that we meet the teens on their turf. Our flagship program is the Jewish Club at high schools, where we facilitate a weekly meeting for Jewish students. With the help of piping hot kosher pizza and a teen-friendly rabbi, we create an environment where any Jewish teen can feel comfortable, accepted and welcomed.

The Diverse Jewish Family: At our clubs we focus on the Jewish spark that unites us all: we’re first and foremost a family. We may be an opinionated family, lots of people with lots of views, but by emphasizing what we have in common, we create an environment where any Jewish teen can feel comfortable and accepted, no matter their approach to Judaism or level of practice. Our clubs include all types of Jewish students, from the very traditional to the unaffiliated, and everything in between.

·         increased participation in other Jewish activities,

·         increased socialization with other Jewish teens to promote solidarity and group engagement,

·         a rapport with an accessible and friendly Jewish educator (rabbi)

·         increased likelihood of Jewish engagement at college, such as attending a Chabad or Hillel 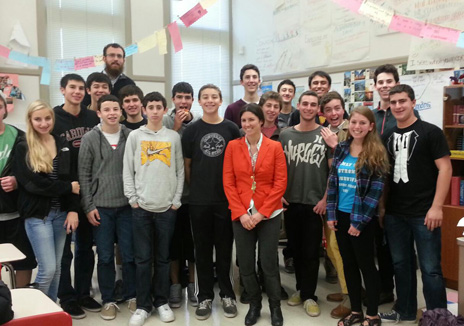 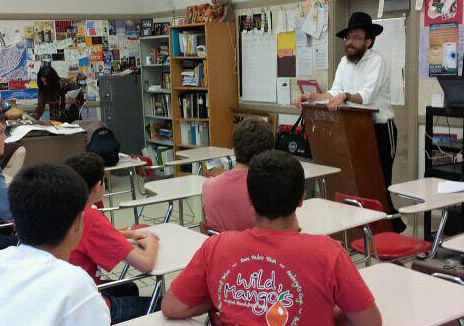